Today James posted in his Morning Meditation about his efforts and discouragement in the Tent of David project. It can be hard sharing news about the Jewish Messiah, and most churches do not want to hear it.

I know exactly what James means. I am not in the position that I may have an impact on a church, because I’m still just a young adult. But I have been working in my college ministries. And by working, I mean that I try to have God-focused conversations, and if I feel someone is ready I will share awesome stuff about Hebrew studies. I receive a variety of responses which is probably analogous to what you find among working adults. Some students are interested in the sense that they say “Oh, that’s cool, I didn’t know that,” but it does not actually inspire them to go deeper. A few people will argue with me, but they are the minority. But those few people are usually closer friends.

The other day I had a particularly disheartening conversation. I eat lunch a few days a week with some friends with my college ministry. (I should clarify that I participate in two ministries, and one is connected to the congregation I attend. Neither are Hebrew-based.) Our normal conversation is very mundane: Internet videos, the (very cold) weather, sleeping, exercise, the like. The Father, The Son, nor His Spirit hardly ever show up in conversation. Even my requests to pray for someone when they have a headache or anxiety seems strange to them. And these are Christian students.

I forgot how we got onto the topic, but I mentioned how a Biblical honeymoon is one year: “When a man has taken a new wife, let him not go out into the army nor let any matter be imposed upon him. He shall be exempt one year for the sake of his home, to rejoice with his wife whom he has taken.” (Deut. 24:5 ISR) The girls agreed that that would be nice, but one of the boys argued with me that he would not want that. I tried to teasingly argue with him about not really loving his future wife, but he insisted that you can enjoy each other without a year off. Getting back to work and having a life is more important. And in general the table opinion agreed with him.

Then one of the girls said that she and her husband would take a monthly Sabbath. I said, “Girl, God commands a Sabbath once a week.” She laughed and said, “I know, but like an absolute Sabbath.” And I replied, “Yeah, He demands an absolute Sabbath once a week.” But my declaration was clearly not appreciated or welcome. No one challenged me, but neither did anyone agree. I continued to speak, emphasizing how extreme a Hebrew Sabbath was, to the extent of not lighting fires. Then I made a verbal error, and it just turned into joke time.

My heart was broken for the Word of God. People are more concerned with their busy lives, their work, their school, than slowing down to enjoy the presence of God. Work is more important than a Holy rest, be it one day a week, a whole week, or a whole year. The Christianity we teach is about how to live a normal life and have your salvation too. It is really hard not to angry and start ranting about “The Church,” but that is not so Holy either.

But Papa comforts me. I read recently in Deutoronomy,

“You have today caused YHWH to proclaim to be your Elohim, and to walk in His ways and guard His laws, and His commands, and His right-rulings, and to obey His voice. And YHWH has caused you to proclaim today to be His people, a treasured possession, as He has spoken to you, and to guard all His commands, so as to set you high above all nations which He has made, for a praise, and for a name, and for esteem, and for you to be a set-apart people to YHWH your Elohim, as He has spoken.” (26:17-19 ISR)
An important scriptural principle is that knowledge of God, is always by grace. Loving YHWH does not come from our flesh, our own mind. You can not reason with someone. It is only by His Special Spirit that we can know and love him. And in the same way, this kind of passion for His Scripture and Holiness also only comes from His Spirit. I cannot just convince someone of its benefits. I can have the best argument, the best thesis prepared, but if the listener’s heart is closed off, my words are empty.
But then God does move, and come through in crazy ways. I have been feeling some level of discouragement since last semester, but God has finally answered my prayers!
There is a girl in my small group, in fact, the same girl who asked me back in November, “Are you a small group leader?” I have been tentatively introducing her to deeper and deeper concepts. I was not sure how deep she wanted to go. I had a sense, but no certainty.
Last night, we were coming home from a worship night at our church. It is a long bus ride, so we had a good amount of time. Papa allowed me to open up to her about some of the heavier matters of my heart. Namely, that my heart is broken every time a pastor says, “We’re not under the Law,” or some similar anti-Semitic sentiment about Torah, and how this has led me to consider trying a Seventh Day Adventist Church. (Actually, I did not know the full tenet of their practice until I looked them up online yesterday.) It turns out that she too had considered trying an Adventist church because she had read in scripture that Sabbath is on the seventh day, and wanted to worship at a church with a Saturday service! That’s not even the best part.
As I said goodbye to her for the night, I cautioned her, “You’re not going to be able to live a normal life after hearing the stuff I have to say. So if you like how you’re living, you can just quit now.” To my delight she replied, “Oh no, that’s fine. I want change.” I hugged her and told her that she is a blessing and an answer to prayer, and she said that I was her answer to prayer. “Before you met me?” I asked. She told me that she had been praying for someone who aspires for Holiness, whose lifestyle is different, someone who is willing to change.

Music to my ears!

I was so humbled and honored. Papa has chosen me as His vessel to teach her, and to disciple her in reading and applying Scripture. She may be one person, but she is one person with a hunger to go deeper, with a hunger for Holiness.

Take heart. Pursue God. Pursue Holiness. Honor His Word. He works miracles, especially when you are not looking for it nor expecting it.

10 thoughts on “Patience, Discouragement, and Prayer” 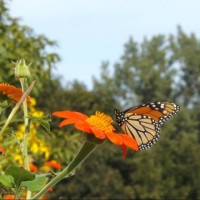 Inspire Happiness With the Art of Hair Wrapping

A Hebrew Stuck in Modern Babylon

Thoughts and insights about my journey with Yahweh

"When you awake in the morning, learn something to inspire you and mediate upon it, then plunge forward full of light with which to illuminate the darkness." -Rabbi Tzvi Freeman

This site is dedicated to the Truth of the Messiah Yeshua and defending against the falsities of the World.

Leaving Egypt is only the beginning of our journey...

From the Congregation of Biet Sepher

Stand at the crossroads and look; ask for the Ancient Paths, ask where the good way is, and walk in it, and you will find rest for your souls. Jeremiah 6:16

Songs For The Spirit

Discovering and living the Truth

boy with a hat

writing as a way of life